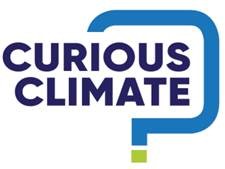 What role does deforestation play in climate change? 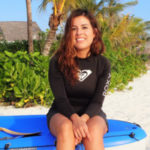 Clara R. Vives (University of Tasmania, Institute of Marine and Antarctic Studies) provides insights on the topic of ‘What role does deforestation play in climate change?’.

This footage was shot at live public forums for the Curious Climate Tasmania project held across Tasmania in August 2019 as part of Australian National Science Week. Curious Climate was initiated by a group of scientists & journalists that wanted to know what the Tasmanian public were curious about in terms of climate change. This series of presentations cover the most popular questions submitted by the Tasmanian public, in response to a call out for questions from ABC Radio, and aim to bridge the gap between experts and audiences with credible, relevant information about climate change.

This project was delivered in partnership with the Centre for Marine Socioecology, ABC Radio Hobart, Institute for Marine and Antarctic Studies, University of Tasmania, CSIRO, Tasmanian Institute of Agriculture. Funding was provided by National Science Week and the Tasmanian Government, through the Tasmanian Climate Change Office.

Why I do the research I do:

Why I do it: I am a marine biogeochemist and I am interested in understanding how the oceans regulate climate by biological processes. I study phytoplankton bloom dynamics in the Southern Ocean and how they are affected by future climate projections. Phytoplankton blooms are regions of intense primary production, where large concentrations of anthropogenic carbon dioxide are transferred from the atmosphere into the oceans. This carbon flux is known as the biological carbon pump, and it is the way by which ocean biology regulates climate. Phytoplankton growth is affected by environmental parameters such as temperature, nutrients, carbon dioxide and light. There are theories of how these factors will change in the future climate; temperatures are expected to rise, anthropogenic carbon dioxide is expected to increase, there will changes in water mixing and stratification which will affect nutrient input and light. Thus, understanding how phytoplankton growth will be affected by these changes is important to help us assess how the carbon flux and uptake will change with in the future climate.
« How is climate change linked to greenhouse gasses?
What technology and methods can suck carbon back out of the atmosphere? » 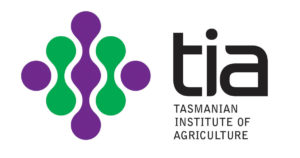 (c) copyright 2022 University of Tasmania.
About this site