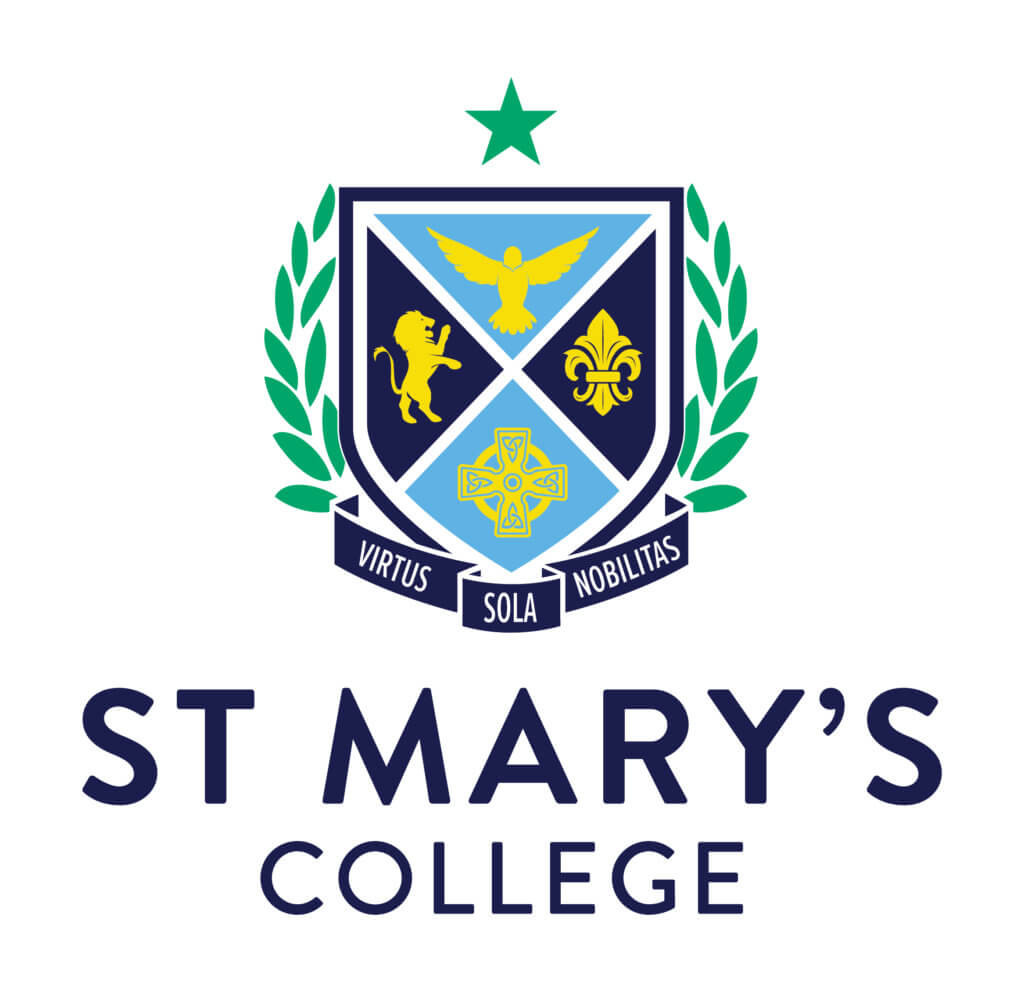 What generation of people are going to be the most affected?

This is a really important question – with an “it depends” kind of answer. What we know for sure is that climate change is already, and will continue to, have really big impacts. The sorts of impacts that climate scientists expect that future generations will face include more extreme weather events, sea level rise, biodiversity loss, environmental degradation – all of which have complex and interrelated flow on effects. It is also important to remember climate change is not just a problem that is going to have impacts in the future. It is already having significant impacts to people’s lives right now!

What’s tricky about this question is that the kinds of impacts and extent of those impacts that future generations will experience however, depends on different mitigation scenarios. What that means is that if action is taken now to reduce greenhouse gas emissions and reach net zero CO2 emissions, then the scenarios for future generations will be less severe and dangerous then if action takes longer or doesn’t happen at all. What is also tricky about this question is that projections of what the future may look like depending on current actions could be much more severe and extreme if we reach ‘tipping points’ (some of the other experts have answered questions about these).

You could also read these articles about climate projections for 2500, and what the earth will be like 500 years from now.

Climate change and its causes will affect your generation in many different ways, in Australia and elsewhere. These include rising average temperatures, more frequent and severe storms, floods and bushfires, and extinction of plants and animals. The loss of topsoil from drought, flood and wind and unpredictable weather will affect farming and could cause more frequent and severe famines. This could lead to increasing political tensions in some countries around access to resources. People and governments will need to spend more money on safety and preparedness. These impacts are all related to one another.

A lot of produce will become more expensive as environments change. This includes coffee and honey, and even some vegetables, fruits and meat. Campfires, burn-offs and open-flame barbeques would be restricted for longer parts of the year as fire bans become increasingly common. Take the example of the 2020 bushfires. More than 3 billion animals were impacted, forests were damaged or destroyed, and human tragedies included loss of life, health, homes and livelihoods. Crises like this would be repeated in increasingly worse fire seasons, meaning bigger and bigger expenses for fire preparedness. Taking action on climate change will not stop these impacts entirely, but it can reduce them.

Climate change and its causes impact more than the natural environment. They have knock-on impacts in health. Air, water and soil pollution will continue to cause health conditions and worsen existing ones like cardiovascular and respiratory diseases as well as cancers. While these outcomes are less common in Australia, they happen here too. People in poorer communities with fewer support structures are impacted most. Your generation will see these impacts in your lifetimes. In fact, you already have. Increased exposure to new infectious diseases in the environment has also been linked with climate change, meaning epidemics and pandemics may be a thing of the future and not just the present.

While these impacts cannot be stopped completely, there is so much that can be done to avoid the worst of it. If we rapidly reduce the greenhouse gas we emit, we can improve the future for your generation and the generations who follow you. Action on climate change now will play an important part in your future quality of life, and in the lives of many others around the world in your lifetime.

Answer provided by: Alexander Burton
What animals will be most at risk from climate change?

Great question! It’s an extremely difficult question to answer, but I will do my best! There are more than nine million species of animal on Earth, and many more that we are yet to discover! However, I think all species will be affected by climate change – for some, the effects will be beneficial… But I suspect that most of the species we cherish will be negatively affected. I know one study looked at 538 plant and animal species around the globe. The study found that  between 57 – 70% of these species may face extinction because of anthropogenic climate change (unnatural levels of change attributed to human activity). In fact, the first mammal to go extinct due to climate change has already been recorded – and it was an Australian species: The Bramble Cay Melomy.

In Australia, we are also witnessing the drastic effects of chytrid (pronounced ‘kit-rid') fungus. This fungus can occupy areas above a certain temperature, and as the climate warms, it increases its range. Unfortunately, it is deadly to frogs and other amphibians – coating their skin and making it difficult for them to breathe. It can also affect their nervous system and change their behaviour. Chytrid fungus has caused the decline of more than 40 Australian frog species. Of these, seven are now extinct.

As a marine scientist, I am most familiar with the issues faced by animals living in the ocean. One consequence of increased carbon emissions is the acidification of our oceans. When carbon dioxide combines with seawater, chemical reactions occur that produce carbonic acid. This is bad news for creatures that have shells (sea-snails, urchins, oysters, etc.), as the materials they use to form their shell have been degraded by acid. This means they have less protection from environmental conditions and usually means they cannot survive. If small animals like urchins do not survive, then animals that feed on urchins (like sea-otters) have no food and begin to starve.

Another marine-related consequence of climate change is to do with the rise in global average temperature. Some species, such as sea-turtles and crocodiles, require specific nest temperatures for the breeding season. This is because the temperature of the nest determines how many males and how many females will hatch from their eggs! For example, Green Sea-Turtles generally hatch as males if the nest temperature remains below 29 degrees Celsius, and hatch as females if the nest temperature is above 31 degrees Celsius. Temperatures between 29 and 31 tend to produce a mix of male and female hatchlings. As the temperature rises, we are seeing fewer males hatch, which means there will be fewer breeding opportunities and fewer babies hatching in the future. However, it is also worth noting if a nest gets too hot (above 36 degrees Celsius), then the turtles won’t hatch, and the nest fails. This would be dire for sea-turtle species.

Before finishing this answer, I want to emphasise that there are solutions to the climate crisis, and people around the world are working towards them. We can, and we will, avoid the worst of climate change. Whilst inevitable, the outcomes do not need to be the same as our current projections. Renewable energy solutions are becoming cheaper every day, and though Australia might seem a laggard on climate action, the international sector is collaborating and moving quickly towards a reduction in global emissions. Chile is rapidly phasing out coal power, and along with South Africa, Chile invests the most in renewable energy relative to their GDP. China is the world’s largest producer of wind energy and is working hard to meet its energy demands. The United States of America is seeking to reduce its own emissions by 50% by 2030. The world is listening to the science, and though it can feel slow at times, the wheels of progress are turning.

Answer provided by: Benjamin Viola
How is climate change affecting farms and our food?

Answer provided by: Dr Tom Remenyi
Who is most at risk from impacts of climate change?

This is a fantastic question, because it shows that you're thinking about fairness and justice when it comes to climate change!

Climate change affects each country, city and family differently, and some places and communities unfortunately will be hit harder than others. A way to start thinking about this is by thinking about how different people were affected by Covid-19. Although we were all facing the same problem, some countries with good healthcare services and money were more prepared to deal with it, but some other countries that struggled with poverty and poor living conditions suffered with more people getting sick.

With that in mind, when we look at all the countries in the world, some are at higher risk because their land is close to the sea level, including Bangladesh and Kiribati, and they may lose land and homes to sea level rise. Other countries, like Haiti and the Philippines, are more at risk because they already experience a lot of natural disasters like hurricanes and floods, which will become more common as climate change impacts are more unpredictable and severe. Finally, countries that suffer from poverty and war, including Yemen and Afghanistan, are at risk as their governments cannot help their people adapt to climate change, or access basic needs such as food and water.

At home in Australia, climate change can have worse effects on communities that suffer from health issues, such as older people, as higher temperatures can cause health issues. Some rural places already commonly experience natural disasters like bushfires and floods, and will face them more often into the future. Aboriginal people are also at a higher risk from climate change, as they experience more common climate-related health issues and have less access to financial and social support.

Although a lot of this can sound stressful, I hope that you do not lose hope, but instead know that it is so important that we not only look after ourselves, but other people in our communities that may be struggling. Climate change will impact us all in the future, and the way we can fight it is by supporting each other, and doing all we can to protect people and the planet.

Answer provided by: Brittany Hannouch
Will we be able to reduce carbon emissions in the future? 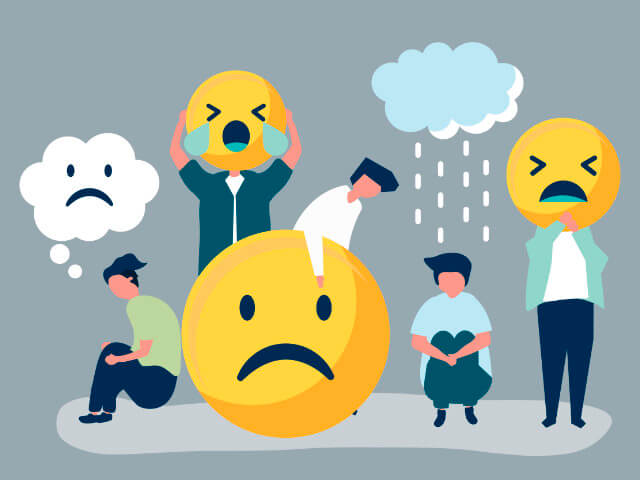