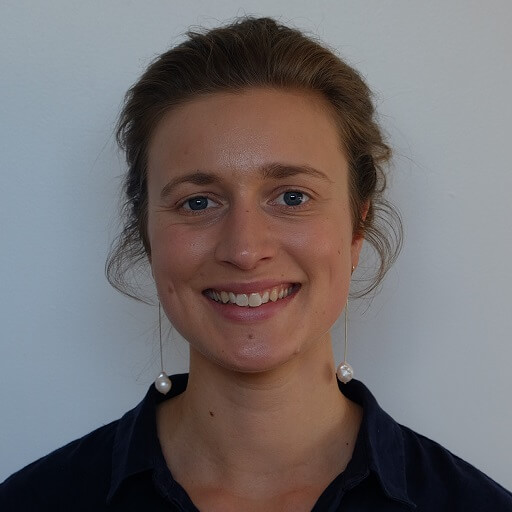 Affiliation
School of Geography Planning and Spatial Sciences
Research Areas
Conservation planning
Why I do what I do
I'm doing a PhD in conservation planning because I'm really interested in how humans can simultaneously live our best lives and keep nature on the planet and how we can make the best decisions and do the best management to achieve that.
Something interesting about me
I'm also a flute teacher - I did my undergrad in music (flute performance) before doing a masters in protected area planning. I currently teach primary-high school aged students.

Questions answered by this expert

How does climate change destroy reefs and trenches?

This is an important question because if we know how climate change affects these environments, we can identify ways to prevent further damage and to help these environments to bounce back. But before we dive into the how, check out this question 'will all the reefs die?'
It’s good to remember that not all reefs will be destroyed! However, climate change is increasing water temperatures and acidity which impacts the species that call reefs and trenches home.

In tropical coral reefs, warmer waters, heatwaves, freshwater flooding events, and changes in nutrients from pollution cause coral bleaching. Corals are skeletons, built from calcium and carbonate from the water around them, and are home to algae which provide nutrients to keep the coral healthy and gives the coral a brown/golden colour. When the water is too warm, the relationship between coral and algae breaks down and the stressed coral expels the algae, meaning it loses its primary food source and colour - this is known as coral bleaching. Corals are also changing in response to another impact of climate change, called ocean acidification, where the pH of the water lowers as the ocean absorbs carbon dioxide. This makes calcium minerals less available to animals including corals, that need these minerals to grow shells or skeletons. Unhealthy coral is also stressful for other species that depend on the reef for food and shelter.

In temperate reefs (with kelp and seaweeds) increased water temperatures with lower nutrients are preventing some species from growing and encouraging other species to evolve or move. Off Tasmania’s east coast, the warm waters of the East Australian Current have been moving south, reducing the giant kelp and introducing other species usually found in places with warmer climates. To help restore the reefs, researchers at the University of Tasmania have been successful in planting kelp that is more resistant to warmer temperatures - check out this video for more details.

Deep sea trenches are also experiencing increased temperatures and ocean acidification. Some deep-sea trench dwelling species will be unable to adapt to these changes, whereas other species may move into these environments. Deep sea trenches and their species recycle and channel nutrients back to the surface, and changes in these environments is likely to have flow on effects across the whole water column (from the seafloor to the surface). Extra human pressures from pollution, deep sea drilling for oil and gas, mining and fishing will add further stress to these environments. Limiting human activities in the deep sea will give these creatures the best chance to adapt to change, and right now, the United Nations are currently discussing an agreement known as the Treaty for Marine Biodiversity of Areas Beyond National Jurisdiction, to improve ocean management and increase protection.

What is Australia doing to stop climate change?

This is a well-timed question, because Australia is doing more than ever before to mitigate, or slow, and eventually stop climate change. This year, at the Australian Federal election in May, Australians elected a clear majority of candidates who support more ambitious climate action – yay! So far, the new government has introduced the Climate Change Bill 2022 which is Australia’s commitment to reduce greenhouse gas emissions by 43% (below 2005 levels) by 2030, and achieve net zero by 2050.  This is a good step in the right direction, but it could be more ambitious, with greater emissions reductions and higher renewable energy targets. To achieve the target it is critical that the government review the rules that define how much Australia’s largest greenhouse gas emitters can emit, known as The Safeguard Mechanism. The reform is underway and the government aims to release the new rules in July next year.

Key considerations for the review are the setting of limits for emissions, managing any disadvantages that businesses may face in the global market and ensuring that a reduction of emissions in Australia doesn’t lead to an increase overseas, and introducing a carbon credit system. Many members of parliament have criticised the proposal to include a carbon credit system, because previously carbon credit systems have failed to reduce emissions. So, the scheme is currently under review.

The new government has also recently made a commitment to increase protected areas in Australia from the current 22 percent to 30 percent by 2030. This has a dual aim to protect habitat for threatened species and contribute to emissions reduction. Every action that prevents carbon from entering the atmosphere will help to mitigate climate change.

In addition to electing a government that supports climate action, the people of Australia have also been doing lots of things to reduce the amount of carbon that enters the atmosphere and mitigate climate change. Where possible, people are consuming less, recycling more, eating more sustainable meats and more delicious vegetables, sometimes even growing some of their own food, replacing their cars with electric vehicles, driving and flying less, using sustainable transport, not supporting banks that invest in fossil fuel-based industries, supporting renewable energy initiatives and making buildings more energy efficient…overall, Australians are engaging in climate action.

Australians are coming together as a community to demand more ambitious climate action, greater emissions reductions and stronger accountability from our leaders. Many community groups, land managers and land management organisations are working with Traditional Owners and First Nations people to incorporate indigenous knowledge to restore and care for country. Researchers from a diverse range of fields are coming together to share knowledge in how we can more effectively mitigate climate change. Australians are connecting with natural environments and advocating for the protection of places that store carbon, like forests, saltmarshes and oceans. Climate action is gaining momentum!